Léa Dant: residencies with a strong emotional and political impact 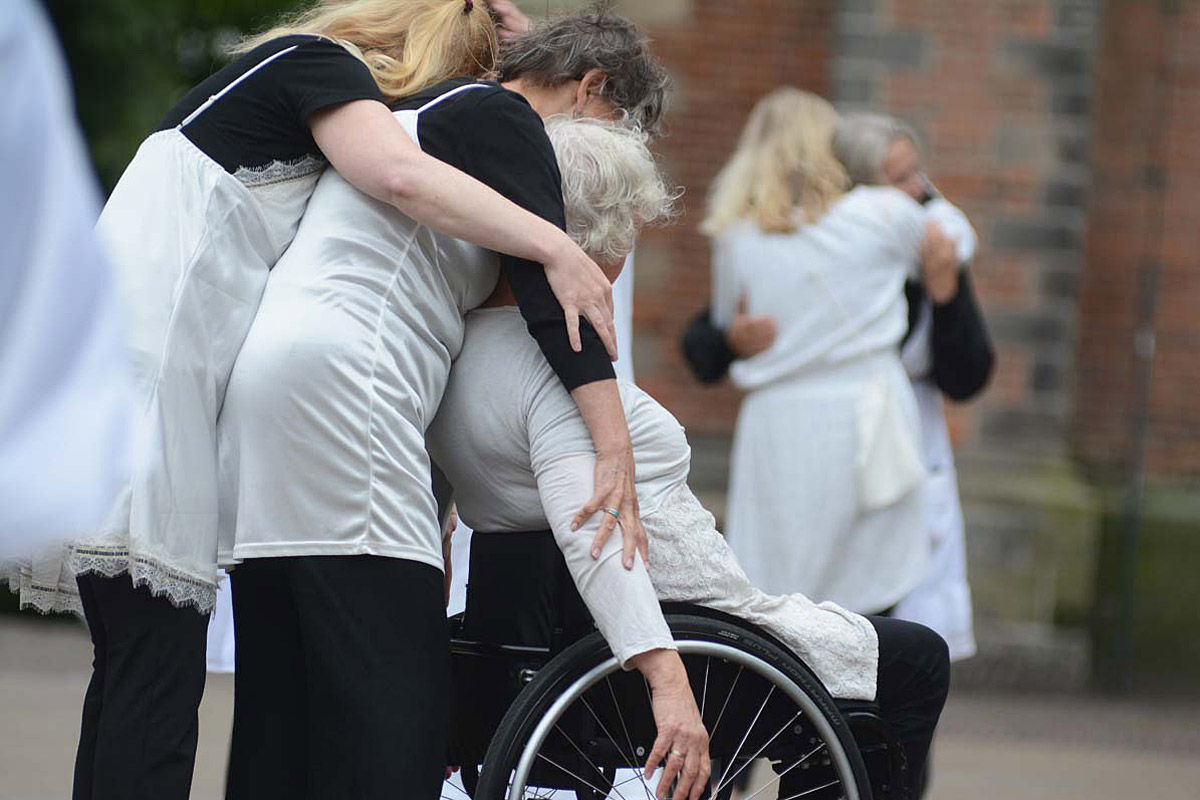 Denmark and The Netherlands were the home of Léa Dant in the summer of 2019. The artist did a residency at Passage Festival in Helsingor (Demark) and Spoffin in Amersfoort (The Netherlands). With these residencies, she really connected with local women and made them literally more visible.

Léa Dant created a set of key performances that could be adapted and performed in different countries by local residents. She managed to gather a varied group of women for both shows. The project was based on a very strong and sensitive vision about the power of women which is a topic not often staged in the outdoor arts scene.

Roundabout Europe helped connect Léa Dant to a larger network and view of the street arts scene. She gained confidence again during the residencies, which was very powerful. She met a lot of new people, especially the women participating in her project. The bonds became very strong with some of them, to this day and the women stay connected also.

The wish to make an emotional and political impact through the performance, which focuses at empowering women, really happened, Dant believes. Both for the performers as well as for the public. She really enjoyed leading the creation, and having the opportunity to do it twice, in different contexts and cultures.

The residencies in different countries also helped to get to know her project more in depth, gaining the confidence in her ability to lead the creation as an ongoing process with a different outcome every time. It also broadened her horizons and she has plans to develop further international touring with Capital Women.

For Léa Dant performing in the festivals enabled her to test audience reactions (the Danish version of Capital WOMEN had a participatory finale). It was very important for the women participating as performers to be able to present to the public.

It was part of the process for them and came as a final offering of validation of their engagement. For Spoffin, Léa Dants residency and performances in 2019 made a strong impact. It really engaged with local women and due to the sensitive nature of its subject matter drew very strong reactions from the public.