Eliska Brtnicka about her residencies for Roundabout Europe 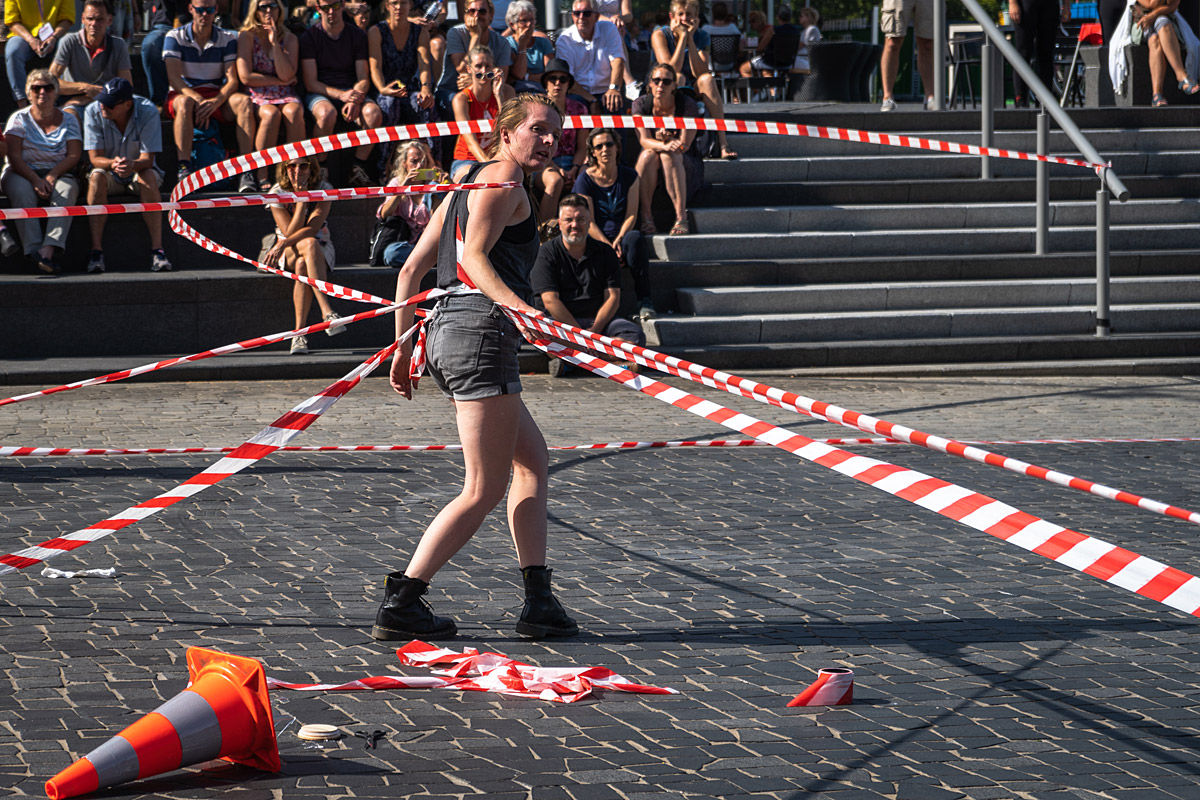 Eliska Brtnicka is telling us all about her two residencies during Roundabout Europe. What did she learn, what could've gone better? Eliska did her residencies at Spoffin in The Netherlands and Out There in the United Kingdom.

My project is based on public space and a concrete architecture of the
town, where the show will happen. As a circus artist I research climbing on
metal town structures. So it was crucial to visit two very different towns,
cause in the final show I will have to always adapt on different places. During
my residencies I was mainly walking through the town trying to find the best
places and the best points of view for potential audience and this work with
the life there. I was also speaking with local organisations about how the
festival works and how everything can be done regarding all needed or not
needed permissions for the places. The second part was testing scenography and
choreographic things indoor in rehearsal space.

Everything measured up to my expectations. It was great, I would just
need a bit more contact with the person taking care of my residency
(Amersfoort), it was a little bit messy cause we met in person just the last
day. Before the communication was on phone. It was not a big trouble, just
things would have been quicker. There also couldve be more detailed info at
the beginning about the dates and how is it with performing at the festivals. I
can recommend it, because it is always useful to go out of ones town to be
more concentrated on the work. Here you have two paid residencies in two
different countries to meet people in two places and the possibility to perform
at two festivals, all in one application.

I learned a lot how I can organize my show and that I need to be even
more flexible. I found out I need to have several parts of the show and I
choose just some of them that would be suitable for the place. I also learned a
bit more how passers-by can react on a thing like I am  preparing. It is a good connection of the residency program and the festival with
the possibility to show a work in progress or the final performance.
I met a lot of new people
and visited new places and festivals, which was great networking and that is
what I need the most as an artist.

In the project I found out that I can meet much more people because
there is the connection of the five festivals. We meet everybody together, not
just me as an artist with the two festivals I was chosen for. I was supposed to
get two residencies in the Roundabout Europe project and maybe the possibility
to perform at one or both festivals. I did not expect the kick-off meeting or
the evaluation meeting, both where very useful.