These five projects are participating in Roundabout Europe 2020 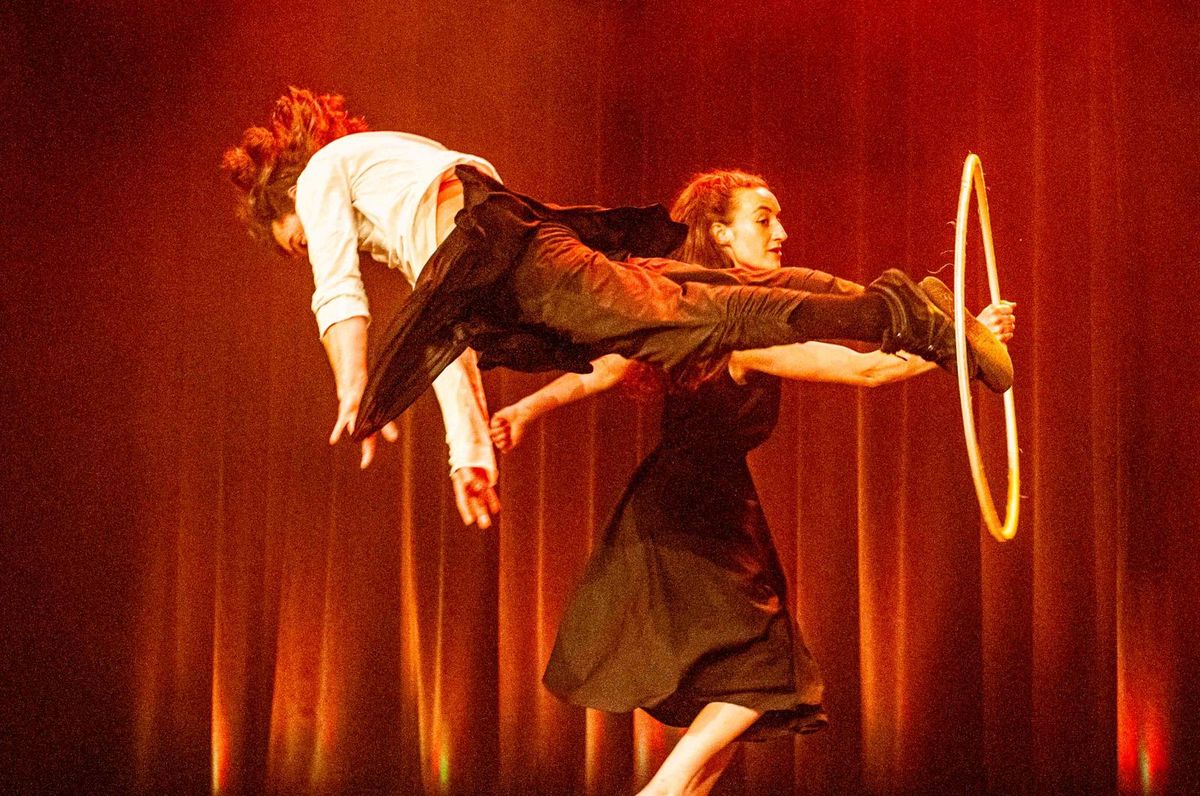 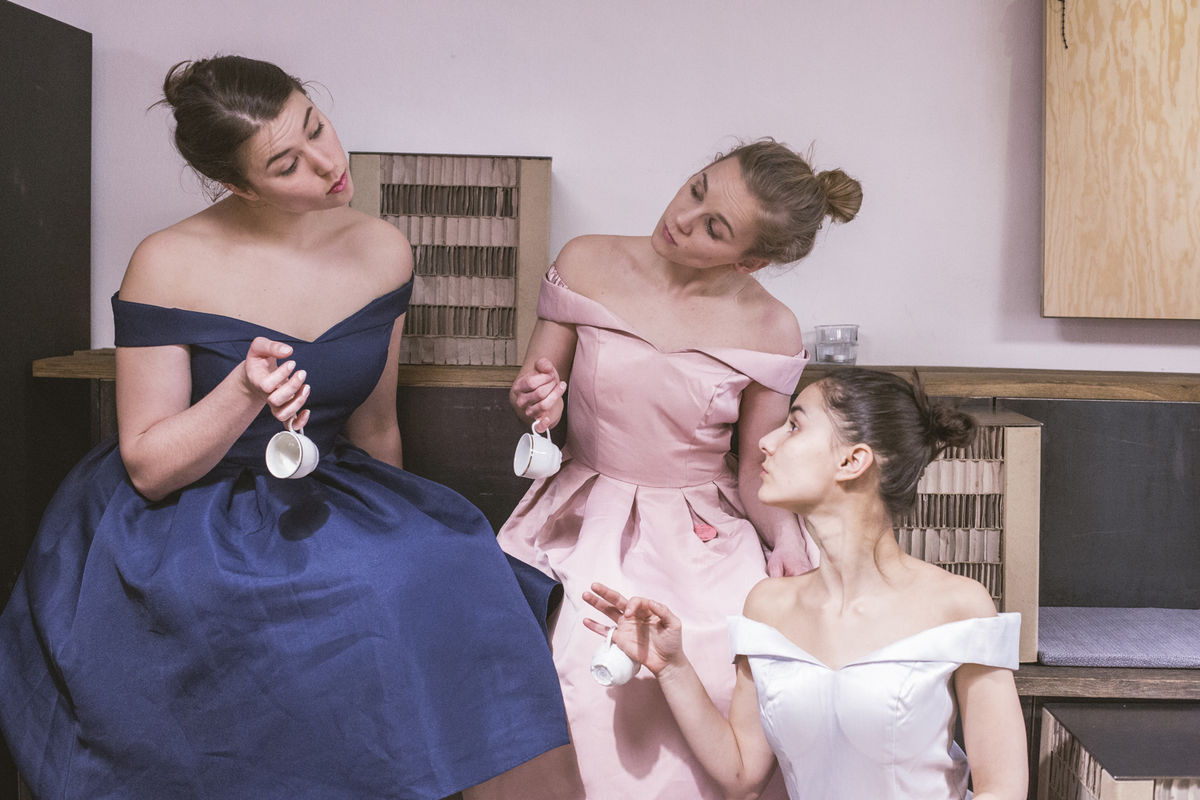 Amersfoort - February 13, 2020 - Five new projects are selected to participate in the second edition of Roundabout Europe. This project encourages and maintains the circuit of residencies and festivals for outdoor arts in Europe.

Applications were sent by 78 applicants from 14 countries from all over Europe and weighed based on the following criteria: high quality, strong and convincing artistic plan, need for capacity building, strong audience development and inclusion of underrepresented groups, easy to travel, tour and host. All five groups will be hosted by different festivals around Europe. Some groups will perform during the festivals, some will show work in progress or only be hosted by the festival.

About the chosen productions
Gracie&Cristian (Spain): Fling
fling' a new collaborative duo between dance acrobat Cristian Fierro and hula hooper Gracie may Marshall. 'A short period of enjoyment or wild behaviour' fling shows us the contrast between chaos and control and explores the words literal meaning to fling and throw hoops and bodies across the stage. Taking techniques from hula hoops, acrobatics, hoop diving and juggling and using a common element of movement, this duo shows you a playful relationship between two different disciplines and themselves.
Gracie&Cristian will be hosted by KoresponDance (Czech Republic, 17-19 July) and Spoffin (The Netherlands, 28-30 August).

Holektiv (Czech Republic): Letkyn? ( CZ)/ Aviatreces
Make your flying dreams come true with us and try what it feels like to lose ones head in the clouds! Three determined aviatrixes build up their own airplane and will make you believe it will take off. Street performance which brings you in the atmosphere of the first airplanes. Holektiv, founded in 2016 and formed by Karolína K?íková, Eva Stará, Andrea Vykysalá, connects in its projects contemporary dance, theatre and new circus approaches.
Holektiv will be hosted by Spoffin (The Netherlands, 28-30 August) and Out There (UK, 19 & 20 September).

Third Hand group (Slovenia): The Boat
A young woman appears in your neighborhood. With great difficulty she is dragging a wooden boat through the streets. A dreamlike scene. But she seems lost. Lost and tired. Lost, tired and probably hungry. Will someone help her? What about you? Will you help her? Third Hand Group is an international assembly of around a dozen artists and performers from around Ljubljana, Slovenia.
Third Hand Group will be hosted in Helsingor. Passage (Denmark) takes place on July 27th until August 1st. Third Hand will also be hosted by Out There (UK, 19 & 20 September).

TwoMuch (United Kingdom): Get Ready
Get Ready is a mash up of circus and physical theatre based on the morning routine of David and Maggie, the two performers and founders of TwoMuch Circus. As jugglers David and Maggie have a strong object manipulation tendency which will be seen throughout the hole piece mixed with physical theatre and comedy to deliver an absurd show of happiness and enjoyment of life. Human beings have mental habits to deal with the business of everyday life. This creates a repetitive pattern of behaviour that stimulates no emotional response. We tend to lose the fascination with life. TwoMuch Circus aims to find it again.
TwoMuch will be hosted by Imaginarius (Portugal, 28-31 May) and Passage (Denmark, July 27th until August 1st).

Etta Ermini Dance Theatre (United Kingdom): dur de comprenure
The project title dur de comprenure is a Belgian expression irreverently describing a linguistic confusion, two parties trying to communicate and neither speaking each others language. Three people are stuck at the border between Africa and Europe; neither of them have the necessary papers to travel. They are held in a waiting room in no-mans land upset and full of preconceptions of the each others culture; furthermore, they dont speak each others language. Through disciplines of hand balancing, acrobatics, hand to hand and dance a series of events will unfold bringing the four travellers closer to each other and an interest and understanding of their respective culture starts to develop.
Etta Ermini Dance Theatre will be hosted by Imaginarius (Portugal, 28-31 May) and KoresponDance (Czech Republic, 17-19 July).

Two residencies
Every selected artists and artistic groups will participate in two residencies hosted by the festival partners. A new element of the programme was added after the main partners saw that the most artists have the same problems and questions on a practical level. Therefore, the programme starts with a common four-day-long meeting in Czech Republic, ?ár nad Sázavou from February 25th until February 28th.

Roundabout Europe is co-funded by the Creative Europe programme of the European Union.

Mission
The mission of Roundabout Europe is to encourage and maintain the circuit of residencies and festivals for outdoor arts in Europe. The aim is to create intercultural dialogues and cooperation that can help building a rich European cultural identity as well as open artists' perspective by giving them the opportunity to meet different artistic disciplines, audiences and cultures. Moreover, to empower artists to make their work more professional, self-critical, sustainable, economical and profitable without losing artistic values.

Please note: Some dates are yet to be confirmed.